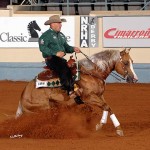 As horse owners, you have been bombarded with numerous articles and advertisements that deal with the prevention and treatment of joint disease in horses. Although joint therapy has been primarily targeted at Thoroughbred and Quarter horses, there are even miniature horses that deal with the same sorts of problems. Breeding stallions and driving horses are especially prone to joint soreness.

Traumatic joint disease in horses includes synovitis (inflammation of the fluid-producing membrane), capsulitis (inflammation of the fibrous joint capsule), articular cartilage and bone fragmentation, ligamentous tearing, and eventually osteoarthritis. In many cases, the disease process primarily involves soft tissue overuse and microtrauma to the bone surfaces, and therefore can be challenging to diagnose without diagnostic anesthesia.  In addition to localizing pain to a certain joint with aide of diagnostic anesthesia,  radiographs, ultrasound, computed tomography, magnetic resonance imaging (MRI) techniques and diagnostic arthroscopy have all be used to confirm causes of joint lameness.

Trusting your veterinarian to decide when joint injections may be beneficial for your horse is prudent. There is no “gold standard” for the diagnoses of preliminary joint disease in the horse as radiographic changes are usually indicative of irreparable harm.

Aggressive treatment in joint disease is indicated to decrease immediately soft tissue swelling and inflammation as well as to postpone the onset of permanent osteoarthritic changes. There is inherent difficulty in identifying joint pathology by any other means than subjective examination and lameness or “shortness of stride” reports from trainers. The goal of any systemic or intraarticular (medications put directly into the joint) therapy is to stop problems before they occur rather than wait for abnormal radiographs and then start aggressive therapy.

Medications introduced into joints by human physicians that specialize in sports medicine are becoming more commonplace. Previous generalizations and perpetuation of myths about damage to joint environments caused by corticosteroids are primarily unfounded.

Typically, when there is mild soreness (joint capsulitis or synovitis) in a joint, and joint therapy is instituted 2 to 3 times per year, the environment inside the joint becomes more hospitable to cartilage, not destructive. Damage may occur from excess corticosteroid injections or  when there is cartilage fragmentation and bone alterations in a joint , usually associated with lameness. This is why your veterinarian may require a radiograph before instituting joint therapy.

The metabolism of the equine joint is different than in other species. They are not afflicted with “Charcot-Like” arthropathy that occurs in humans with the development of arthritis from corticosteroid injections. It has been proven that corticosteroids and HA together allows the natural synovial lining of a joint to make a more favorable environment.

Probably the most commonly used HA products are Hylartin-V, HyVisc, Legend or Hyalovet. All of these products are labeled for intraarticular use insuring purity and consistency with each individual manufacturer. MAP-5 is hyaluronic acid used in sperm extender and is not labeled for, but has been used in joint therapy. HA is normally synthesized by the synovial membrane. HA is responsible for the boundary lubrication of articular cartilage. Experimental evidence combined with anecdotal reports from equine practitioners that do sports medicine specialties, report that using the highest molecular weight (thickness) of HA provides the most benefit.

The most common example of this type of product is Adequan. This product is used only by intramuscular injection, however can also be used intraarticularly under strict aseptc environements and by combinging antibiotics with the injection. These products are primarily used as the building blocks for successful cartilage reparation. This product is also usually used when cartilage damage is already present rather than in acute joint inflammation. Arteparon is the human equivalent to Adequan and the chemical structure of the two products is identical. Chondroitin sulfate is the most commonly used GAG in these products and is harvested from bovine lung and trachea.

Chondroitin sulfate, glucosamine, MSM and various other GAG’s can be found in many oral supplements, none of which are regulated by the Federal Drug Administration.

Glucosamine is an sugar compound that is made in the horses body.  It’s incorporated into many of the horse’s body’s molecules, including joint cartilage, however, it is NOT necessary for the synthesis of cartilage (the body uses the sugar, glucose, to build cartilage).  Small amounts of glucosamine can detected in the bloodstream of horses, but no deficiency has ever been reported, in any species.  The glucosamine that you may buy for your horse comes mostly from the shells of crustaceans.

A number of test-tube studies have shown that glucosamine has biological activity, and various beneficial effects on cartilage cells.   While this should be great news, it should be noted that these studies have generally been conducted with levels of glucosamine that can’t be reached when the substance is fed to horses.   In fact, only 2 – 5% of the glucosamine that is fed to the horse actually is available for the horse, and, at the levels normally fed, it’s hard to see how it could have any effect at all on the horse (the test tube studies are usually conducted at concentrations from 200 – 2000 times higher than what can be reached by feeding the stuff).   Even though one test tube study, done on cultured horse cartilage cells, did show beneficial effects, those effects still haven’t been shown to occur in living horses.

Chondroitin sulfate (CS) is a sugar molecule found in cartilage, bone, tendons, and ligaments. The CS fed to horses comes from animal sources (cow, chicken, pork, and even marine cartilage), so the actual make-up of the product fed to horses depends on where it comes from.  Because of this, there is also variation in absorption, which is another reason for concern.

It’s an open question whether any CS is absorbed at all. In humans, ingesting CS, doesn’t change blood levels; if blood levels don’t increase, it can’t have any direct effects on joints!  Some people have suggested indirect effects, due to elevated levels in the intestine, or in the liver, but this is just speculation, and hasn’t been demonstrated.   The fact that CS isn’t well absorbed also casts doubt on the relevance of all of the test tube studies; if it can’t get into the body, who cares what happens in the test tube?

So far, there has only been one clinical experimental study in horses that looked at the effects of CS given in the muscle; no beneficial effects were noted. In addition, different CS compounds that come from different manufacturers act differently in test tube experiments.  This, of course, means that you unless you know specifically what’s in the product you’re feeding to your horse, you can’t anticipate any positive result.

COMBINATION OF CHONDROITIN SULFATE AND GLUCOSAMINE

While there’s a large amount of conflicting evidence, from many species, three clinical trials have looked at the combination of glucosamine hydrochloride and CS specifically in horses.  All of them have reported beneficial effects on symptoms of joint disease; all of them were funded by industry. The most recent study, which did appear to be well-conducted, suggested that the combination offered some symptomatic relief in lameness.

This class of drug gained much fame, or infamy, as it is commonly used in racehorses with arthritis and has been blamed for many injuries post-injection. Research has proven that when used correctly, these medications are beneficial in the pathogenesis of joint disease. As we mentioned earlier, enzymes that are produced by diseased or inflamed joints are very destructive to normal cartilage.

Joints that are inflamed must be treated with anti-inflammatory medication, as well as HA in some instances, to allow them to return to their normal environment. Intraarticular corticosteroids allow the joint to start producing lubricating HA as inflamed joint tissues WILL NOT produce visous or thick, lubricating HA. It was once said that a “human on corticosteroids can walk to the autopsy room” but now most orthopedic surgeons use these products in the most famous athletes in the world. Horses are, by far, much harder on their joints than any human athlete. It only makes sense.

Substantiation for a direct link between corticosteroid administration and arthritis has persistently been unable to prove by dozens of investigators.  Most of the problems associated are attributed to poor technique (infection),  poor selection of corticosteroid products, or irreversible damage resulting in a non-functional joint

Phenylbutazone (Bute), flunixin meglamine (Banamine), and ketoprofen (Ketofen) are the most common NSAID’s used in horses while aspirin and ibuprofen are the most commonly used NSAID’s in humans. These are very effective in eliminating discomfort and are usually the first line of therapy in minor musculoskeletal pain. These products work by affecting the inflammatory cascade and downregulating mediators produced in the inflammatory cycle The most common and severe side-effect of these agents include gastrointestinal ulceration and reductions in kidney perfusion.  U formation is becoming more recognized as a common occurrence in all breeds of horses due to stress and NSAIDs definitely can contribute to this process

The desire through all of these articles has been to take a lot of the mystery out of veterinary medicine in a well-informed-owner approach. Your veterinarian will encourage intelligent questions. Do your own research. Take responsibility for the care of your athletic horse. We, as humans, have a lot to offer the athletic equine with therapy and medication that has been borrowed from the human medicine field, which has been designed specifically for use on the horse.