Breeding Season Is Near 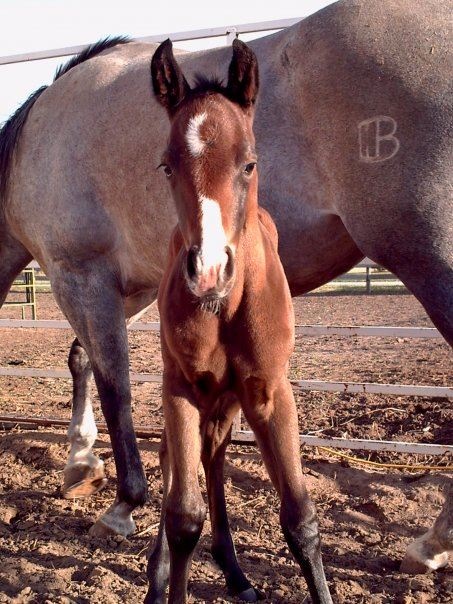 It is generally accepted that mares need to be exposed to a quiescent or dark period that mimics the short days of winter to be able to subsequently respond to the longer days of spring. Regardless of whether you have a pregnant or nonpregnant mare, increasing lighting starting on Dec. 1 will enhance the return of the mare’s estrous cycle in the spring. It takes 60 full days of increased light to stimulate a mare to resume cycling. If a pregnant mare foals early in the year and she has not been under increased light in a barn or paddock scenario, she’s likely to foal and stop cycling until the days become longer.

The critical amount of light needed to light all mares to stimulate them to come into heat early in the spring is 14 to 16 hours per day. Increased light is usually applied at the end if the day, with a timer, to achieve this total. Lights that come on before sunrise are not as effective as those that come on after sunset, even if the total light exceeds 14 to 16 hours.

Mares that are pregnant in the fall need to be vaccinated to prevent infectious abortion causes by equine herpesvirus. This disease is also known as “rhino abortion” or “rhinopneumonitis”. Vaccines labeled for use in pregnant mares should be used since these vaccines protect against the specific abortive herpes strain. The most common protocol is to vaccinate pregnant mares at five, seven, and nine months of gestation.

Four to six weeks before the anticipated foaling date mare should be vaccinated for all the diseases that you veterinarian feels are endemic for your specific area; this will enrich the mare’s colostrums for the new foal’s arrival. Mares should also be dewormed with a pyrantel or ivermectin-containing product to kill roundworm (ascarid) larvae that might be transmitted through the udder to the foal. This is also a good time to ensure that mares have an open vulva if they previously had a Caslick’s procedure preformed.

As stated above, all mares should be under lights for maximized reproductive function. If early conception is not a concern, or if you live in an area closer to the equator, you might not have to provide supplemental light and you can start examining your mares whenever you want to begin your breeding season.

A basic reproductive soundness exam includes rectal palpation and/or a transrectal ultrasound and a vaginal speculum exam. Veterinarians frequently perform uterine cultures and cytology to verify the absence of endometritis. Cultures and cytology must be preformed when the mare is in estrus (“heat”) and has an open cervix.

Mares should have a BCS (body condition score) of 5/6 out of 10 to be effective reproducing animals. Many studies have been preformed that show that pregnant mares only require 1.4 to 1.6 times the calories of nonpregnant mares and only in the last 30 to 60 days of gestation. If mares become obese, foaling difficulties often occur.

The reproductive needs of male horses often are neglected during this time of year. Stallion sperm production is maximized in the spring after they experience a quiescent winter period just like mares. Exposing mares to stallions has not been shown to speed a mare’s return to cyclicity. Verify nutrition, deworming, and vaccination protocols with your veterinarian to ensure your stallions are in prime physical condition for the stressful breeding season that they are asked to endure.